Welcome at the official website of ImpacTeen Project. We are a policy research partnership, and our purpose is healthier youth behavior.

We are a partner of a Robert Johnson Wood Foundation-funded initiative Bridging the Gap: Research, Policy, And Practice for Teenagers Health, which is proudly run by the University of Illinois. 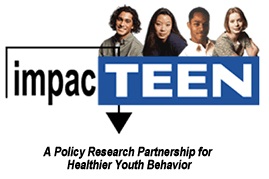 ImpacTeen is an interdisciplinary collaboration of internationally renowned health professionals with expertise in fields like sociology, etiology, economics, law, political science, and psychology. The project is concentrated on the economic, environmental, and policy factors that affect young people’s illegal and dangerous substance use. The ImpacTeen program is co-directed by a famous economist Frank J. Chaloupka, PhD, and a specialist in youth substance use prevention, Brian R. Flay, DPhil.

Drug And Tobacco Use Among Teens

Alcohol is really the most commonly abused substance, popular among young Americans. Teenagers who start drinking at a young age have a higher likelihood of developing a drug addiction or continuing to use drugs in later life.

On the other hand, early drug use is linked to later substance misuse issues. Teens have a greater probability of continuing to use drugs and having substance use disorders later in life the sooner they begin using drugs. After that, older teens appear to experience the biggest rises in harmful behavior.

Just imagine these numbers – 62% of U.S. teenagers in 12th grade have drinked alcohol. And 50% of teens were smoking cannabis, or misusing something worse, at least once. These numbers were proven by every-year drug tests that are conducted to detect this threat. 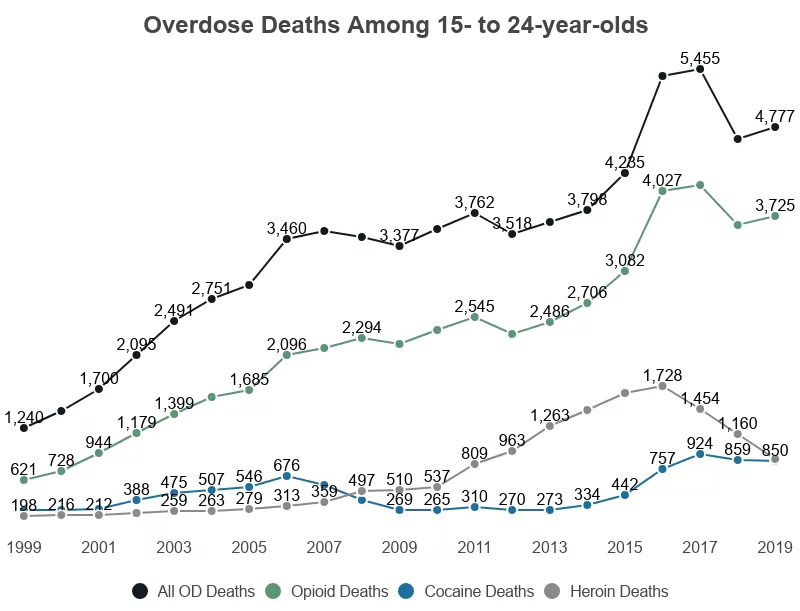 And even these numbers may not be final. We have evidence that some teenagers use illegal methods to pass drug tests. Those include consuming so-called “detox drinks” and manipulations with synthetic urine. Modern labs can detect these things, and in some states it leads to criminal prosecution.

To emphasize the importance of the problem that our organization is dealing with, here are some statistics. ImpacTeen obtained these figures during numerous studies of drug use problems among US teenagers.

Dr. Chaloupka is a professor of economics at the College of Business Administration, which is part of Illinois  University at Chicago. Additionally, he works as a research associate for the Health And Economics Program. In 1988, he graduated with a doctorate in economics from the Graduate School of the City University of New York. The economic study of substance use and misuse, particularly among children and young adults, is the main topic of Dr. Chaloupka’s research.

He has done a lot of study on how prices and drug policy changes affect the consumption for alcohol, cigarettes, and illegal drugs as well as related results. In addition, he published multiple books and working papers. Also, Dr. Chaloupka has made over 25 publications in journals like the Journal of Political Economy and the Journal of Health Economics.

Brian Flay, DPhil, works in Oregon State University as professor in Public Health speciality. At Illinois University, he had previously served as Distinguished Professor of Public Health and Psychology. Understanding and preventing the acquisition of risky behaviors are the main goals of his research. In order to evaluate the Positive Action program, a comprehensive character education and prevention program created to reduce negative and unsafe behaviors (including drug use), raise positive behaviors, and enhance academic achievement, he is currently working on two projects (in Chicago and Hawaii elementary schools). The US Department of Education and NIDA both provided funding for these projects.

ImpacTeen has dozens of scientists that work in 5 teams. Our main areas of research are alcohol, tobacco, drugs, ATOD (Alcohol, Tobacco & Other Drugs), and youth obesity. We have made more than 100 publications in world-famous journals.

To assess the effectiveness of addiction treatment quality and supervision policies in lowering death rates, and psychosocial issues related to substance use and abuse, we have been identifying and monitoring drug treatment quality and control regulations at the state and local level across all 50 states.

ImpacTeen, in collaboration with UM’s “YES!” project, is gathering information on trends, markets, policies, legislation, enforcement, treatment, educational programs, advertising, and other external factors to add to the body of knowledge already available about teen alcohol, tobacco, and illegal drug use and abuse. In order to assess the relative efficacy of various preventive programs and policies in lowering youth substance use and addiction, the effort will combine these data with those from nationally representative surveys of kids.